Why it’s junk, and what you should buy instead.

This is my review for the HP OfficeJet Pro 6978. Many other sites have raved about how amazing this printer is. If that’s what you’re hoping for here, then I’m sorry to disappoint. However, I’ve promised the best and most honest printer reviews and ratings available, and that’s what I’m giving you today.

On paper, the HP OfficeJet Pro 6978 is a fantastic printer for a home office. It’s quick, reliable, and uses reasonably priced ink cartridges.

However, in my time selling this printer, there have been some issues. We’ll get to them, but let’s start with the positives.

When I talk to customers about this printer, the first thing they like is how small it is. As printers get bigger and bigger, it is refreshing to see a home office printer that takes up a smaller footprint. The HP 6978 will fit on most desks or even a lateral filing cabinet.

The HP OfficeJet Pro 6978 takes an HP 902 ink cartridge. The XL black cartridge costs about $45.00 and has a page yield of up to 825 pages. This gives you a price per page of about five and a half cents per page for black pages. At twenty dollars per cartridge for each of the three colors, which also have an 825-page yield, the OfficeJet Pro 6978 will print color copies at just over seven cents per page. For home office purposes, this is an exceptional value.

The OfficeJet Pro 6978 stores just under a half-ream of paper in the bottom tray. While some customers may wish for a full-ream storage, this contributes to the smaller design of the printer.

Printing at speeds of up to twenty pages per minute, with a host of features like wireless AirPrint and automatic duplex printing, the HP OfficeJet Pro 6978 seems like it may be a dream come true for home offices and small business owners. But there are a few serious drawbacks.

The HP OfficeJet Pro 6978 features a screen which is very small. Many of the customers who come into my store are elderly and/or vision impaired, and the smaller screen is hard for them to read. Also, being a touchscreen, users may have difficulty navigating it. The reason for the small screen is not very apparent. My guess is that the HP 6978 has a smaller screen so HP can up-sell customers to a more expensive printer with a larger screen.

Also, as is often the case with these home office inkjet printers, the top document feed doesn’t always recognize paper when it’s inserted. Also, the OfficeJet Pro 6978 claims a copy speed of up to thirteen pages per minute, but whenever I demonstrate this for customers, it takes at least thirty seconds to kick out the first page. For an inkjet printer, there’s no reason for this.

Those issues are forgivable, but here is the deal breaker. This printer is about as reliable as a two-dollar mechanic.

In the months since the HP OfficeJet Pro 6978 has been released, I’ve sold hundreds of them. However, in the past month, I’ve had about six get returned. Even our display model, which was barely used, broke down and needed to get replaced.

Most of the issues I’ve seen with this printer relate to paper jams. However, every single one of them had no paper jammed in the printer. I opened them all myself and checked. But when you clear out of the error message, the printer says there is a problem and it needs to restart. Rinse and repeat.

We’ve had about one out of four of these printers come back to the store recently with issues. And HP has refused to fulfill warranty claims on them, since it appears to be a software issue. Also, they tell customers to bring the printer back to the store, since it happens so soon after purchase.

The customers lose, and the retailers lose.

If you think the reward outweighs the risk on the HP Officejet Pro 6978, you can get it here.

But here’s what I think you should get instead: 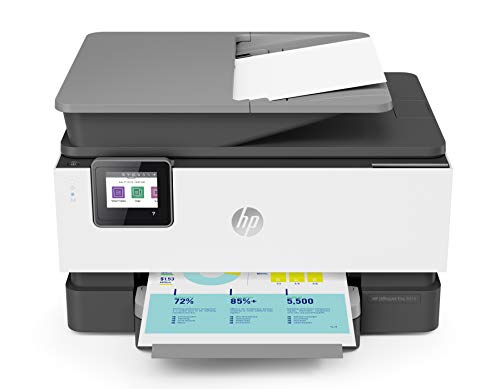 Yeah, I know, it’s another HP. But hear me out.

The Officejet Pro 9015 costs about fifty dollars more than the HP 6978, and the HP 962 cartridges cost a few dollars more. However, the cost per page is about two-and-a-half cents for black and about four cents for color. It also stores more paper and is just a hair faster. All of the other features are virtually identical.

Overall, the HP OfficeJet Pro 9015 is a better printer and a better long-term investment than the HP Officejet Pro 6978. It holds up over time, and won’t break down in two months due to some bogus error code.

You can check out my full review on the OfficeJet Pro 9015here!

If you’d like to purchase the HP Officejet Pro 9015, you can find it here. 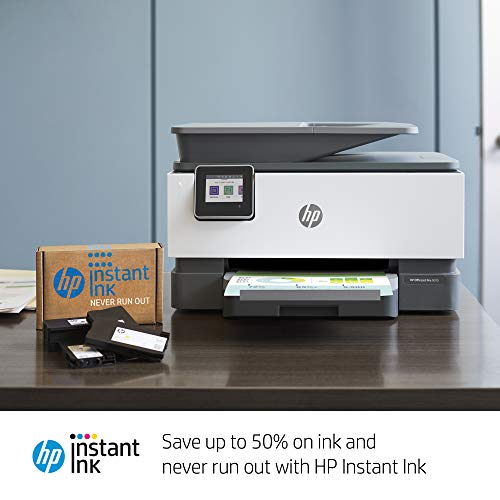 If you liked this review, sign up for my newsletter. I’ll let you know about all the best printer deals.

Be sure to check out my other reviews, and Happy Printing!